Today we're back with a Debt Free (mortgage) story as we continue our series on interviewing The Fearless Generation. 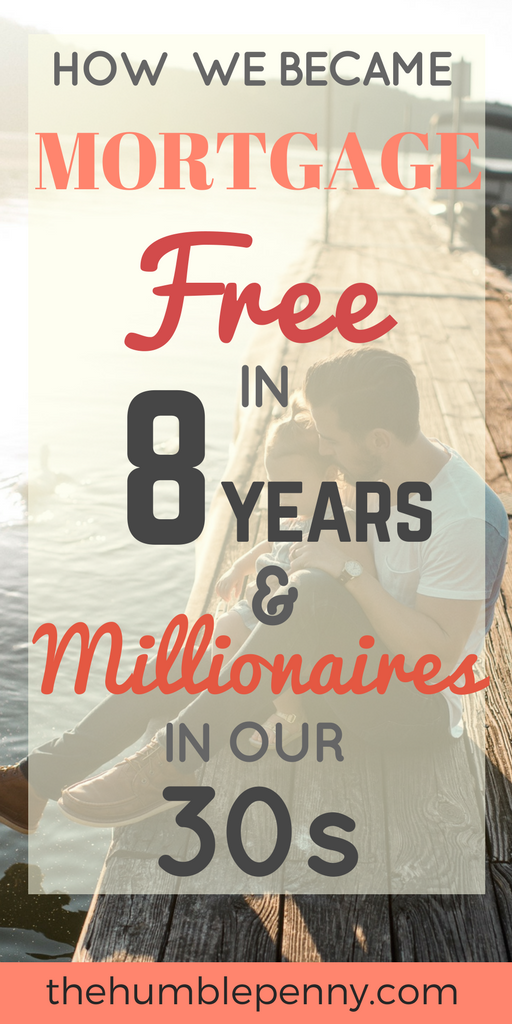 This is our first interview from the US, and I am particularly excited about it because our guest, Rob, has done life pretty unusually from very early on.

This is counter to what you'd expect from someone whose job might indicate is risk-averse. Quite the contrary!

I met Rob online through the Personal Finance community and found that we had quite a fair bit in common. He's also super modest about his achievements.

I am pretty pleased to have kicked off a friendship with him and honoured to have him guest post on my blog. Enjoy!

1. Tell us a bit about yourself and what you do.

Hi, I’m Rob, and I work for the federal government as an accountant. I am from Washington DC and married with two kids.

I’ve been blogging on my website Mustard Seed Money for the past two years. It was at that point when I decided that I might have something to offer to the blogosphere.

Little did I know that there were so many quality financial websites out there. Even though I thought that I knew a lot about finances when I first started, my knowledge has grown immensely over the last two years.

I am incredibly thankful for the personal finance community.

My passion for personal finance didn’t develop until my early adult years. Once I became exposed to the stock market, I couldn’t get enough of it.

In college, I dabbled with day trading and grew more and more obsessed with the stock market until I lost what was a small fortune to me at the time.

That’s when I became serious about learning about all aspect of personal finances, not just increasing my retirement accounts. It was a necessary reality check for me.

I believe people need to take a holistic look at their financial situations. Everything from the basics of their finances, like budgeting, all the way through to how to estate plan.

Today, I am passionate about helping others have this holistic look at their financial lives through courses etc. Something I wouldn't have believed I would do a couple of years ago.

What the Lord has allowed me to accomplish astounds me. I feel tremendously blessed.

2. How did you begin your journey to Financial Independence?

When I graduated from college, I knew that I wanted to help people with their finances but had no idea how to do that.

Plus, who really wants to listen to a 22-year-old kid talk about finances when they’ve never held a real job before? With that said, I knew that I needed to gain experience and wisdom.

At that point, I set up what seemed like two astronomical goals for myself. One was to be a millionaire during my lifetime, and the second was to be able to retire by the time I reached 40.

Admittedly, those were vain goals. Looking back, I have to shake my head. In reality, having a lot of money in the bank or being able to retire at 40 is not the end-all-be-all.

Neither goal would necessarily bring me happiness. There needs to be more to life than material things.

So, I always tell people: you need to retire to something instead of retiring from something.

If your only goal is to make money or retire, you’re going to be disappointed.

NEW video on Our YouTube Channel – How To Pay off Mortgage Early and Become Mortgage Free:

3. What did you do to achieve Financial Independence?

One of the biggest steps that I took to securing financial independence early was by “house hacking”.

When I bought my first house at 23, I was so proud. I had worked so hard to save a down payment but I also now had a $400k mortgage.

None of my peers owned their own home at this point. The coolness factor of owning my own wore off pretty quickly when so much of my money was pouring into the house each month between the mortgage, HOA fees, and utilities.

I quickly realized that I would never be able to reach my financial goals if I had this huge mortgage hanging over my head. So, I made a plan to begin paying down my mortgage as quickly as possible.

My first idea was to fill up every bedroom with roommates, who would pay me rent.

Eventually, I found roommates, some of which I knew, others I didn’t (I wouldn’t recommend the latter).

I definitely succeeded in filling up the house with renters because at one point I actually had to move out and into my parents’ spare bedroom so that I could maximize the rent that I was receiving.

As expected in a house full of men in their twenties, there were disagreements and fights here and there. Generally, it felt like a frat house.

[redbar]I grew a ton though, as I had to learn how to handle difficult people in a challenging environment that was my home.[/redbar]

Those skills have translated into my work as I deal with all sorts of people there.

After laser-focusing in on paying off my mortgage for an eternity (8.5 years), my house was totally paid off aged 31.

The cherry on top was that my wife and I were able to start our marriage completely debt free.

I did it through making extra payments when I received raises, bonuses or extra roommates.

In addition, my wife played a huge role in cutting costs, which drove our savings rate up to 65%. We shopped at Aldi, used extreme couponing, all with the goal of living very lean.

We have maintained this 65% savings rate every year since 2013.

Related: 10 Game-changing Money Moves To Make In Your 30s

4. What role did your faith play on the journey? Any conflicts?

I’ve always tithed without hesitation, but there were times my funds were incredibly tight.

I was constantly praying that the Lord wouldn’t allow any unexpected expenses to hit. Honestly, living paycheck to paycheck was incredibly stressful.

I knew that I needed to create an emergency fund, but I foolishly neglected that and kept pouring the money into the house. The Lord gave me a gentle wake up call when my car died.

Having to borrow my sister’s car while saving up for a new car was a bit humiliating, but I learned my lesson.

I started padding more money into an emergency account. Thankfully, since then, my emergency fund has helped me navigate through unexpected costly situations.

I’ve always known that if I want to reach my goal of FIRE, that I need to keep God integral in my finances.

I try to keep Him at the center and pray about my money decisions. While I could have done better along the way in some areas, overall I’m pretty happy with how I have handled my finances over the years.

5. What is life like since you became financially Independent?

While I’m not completely financially independent yet, I could survive the next twenty years or so without working, no problem.

I also interestingly became a millionaire at 36, thanks to investing since my 20s, and redirecting all my mortgage money into my pension after I became mortgage free.

This meant that we maxed out our contribution accounts yearly and have also benefited from the massive bull market.

Honestly, though, I think less about money now that I am more financially secure. Sure, I look at my Personal Capital account to see how I’m doing, but honestly, I don’t stress about it like I used to.

The funny part is, I have much more money in the market now than before. Doesn’t make a whole lot of sense, does it?

Well, since I paid off my mortgage, I feel more confident as I don’t have a hefty mortgage bill to pay each month.

As a result, I feel able to take more chances at work. I’ve taken on projects that I find interesting instead of taking jobs that would potentially get me promoted.

You know what’s crazy though?

[yellowbar]Since I’ve taken jobs that are more interesting to me, I’ve ended up getting promoted and making more money.[/yellowbar]

When I stopped worrying about making money, I actually started to make more money. Funny how it works out like that at times.

At the moment, while I could retire in the next three years (aged 40), I am enjoying what I am doing and plan to work until I feel led to go elsewhere.

Whether I quit in 3 years or 20 years, I’m really content with where the Lord currently has me.

Until He moves me in a different direction, I’m planning on continuing down the path He has provided.

Posts To Read Next:

Is becoming mortgage free a goal you desire? If so, what moves are you making to make it a reality?