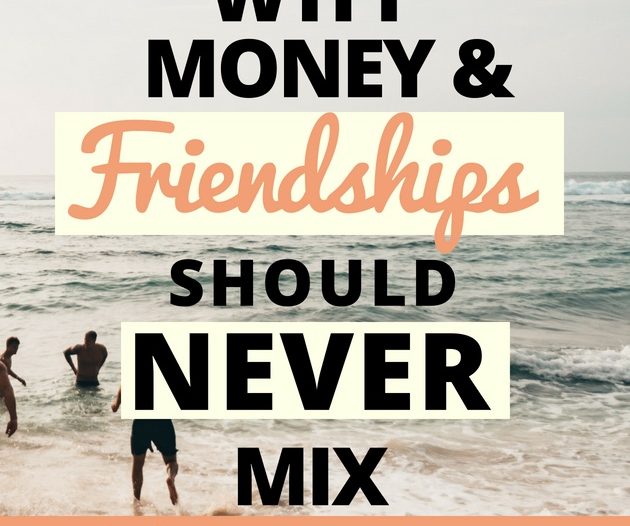 Why Money & Friendships Should Never Mix 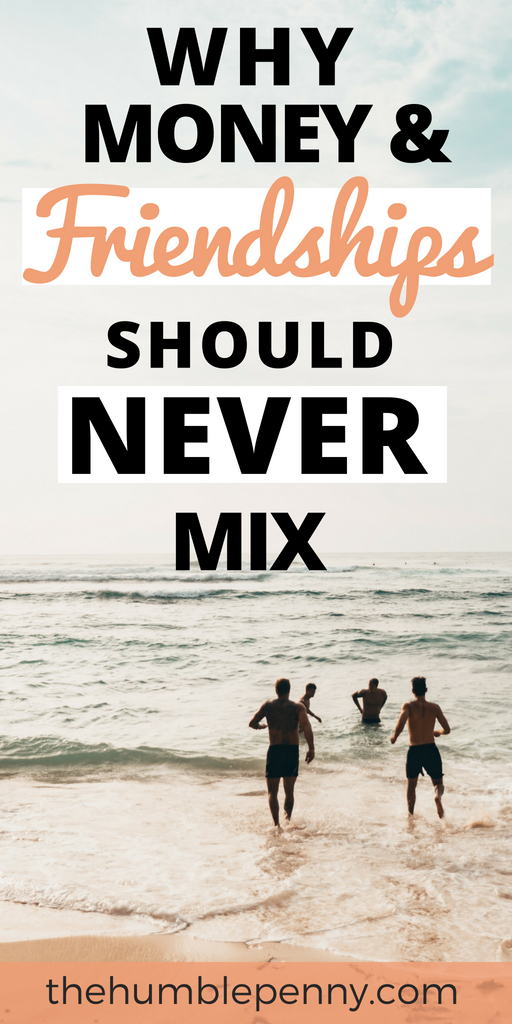 What’s been your experience of bringing money into your relationships with friends?

I have been very fortunate with my friendships. I have lost some along the way and gained some too.

Thinking about the friends I have either lost or almost lost, I can trace the moments of unrest to money in some way.

I have previously never given this subject of money and friendships much thought in the past until recently.

About a year ago, I was involved in a commercial property purchase and I led the funding for it. It’s the most expensive thing I have ever bought and we needed to raise ALOT of cash. You know, the kind that could seal your financial independence.

I exhausted alot of my liquidity and thought it would be a good idea to approach my close friends with an investment opportunity.

This was a bad idea. A very bad one at that.

A couple of my wiser friends gently declined. One in particular agreed to lend me some money for a return.

This particular friend is someone I respect alot and admire. I have known him closely for over a decade and he has seen me grow. He was going to move alot around his life in order to free up the cashflow.

Anyway, the deal progressed and as we got closer to closing, the pressure built up. My communication with him moved up a notch and got ever more rigid.

He even requested that we draw up a contract and that I needed to send him some forecasts for the projected business revenue.

You see, different forces were now at play. We had moved onto a different dimension. Something I didn’t think much about at the time.

Two weeks before my hard deadline, he disappointed me and backed out after we had exchanged some pretty unsavoury words on Whatsapp.

I thought asking for a contract and forecasts was unreasonable but he disagreed.

I was devastated and could not lose this deal! Not only was it too good to miss, but I was fully committed to other people and our primary lender.

Back to the drawing board as I needed more creativity to get the funds. In the end, after some serious door knocking, we crossed the line and completed the deal.

On that very day, I picked the keys up and whilst I walked around the property and imagined the business that would be resident at that address, I did some soul-searching.

Why did I behave so disgracefully through this process with my friend? And what did money as an input have to do with it?

Although we have reconciled, moved on and grown stronger as friends, this question continued to bother me until I came across Predictably Irrational by Dan Ariely.

What I have learned is that at all times in life, we live simultaneously in two worlds:

Social norms are tied to our social nature and our need for community. They are warm and fuzzy and you expect no instant payback.

Just because you helped me to move my couch today does not mean that I have to come over to yours today to do the same.

The above activity provides pleasure for both people and the act of reciprocity is not required immediately.

This world is governed my market norms and there is nothing warm and fuzzy about it.

The exchanges in this world are sharp-edged and focus on things like – Prices, returns, interest, costs vs benefits etc.

Relationships in this world are not necessarily mean or evil. However, they do result in such things as individualism, self-reliance and inventiveness.

You see, the market world is all about getting what you pay for. That’s just how it works in this world.

Let’s explore some examples we can all relate to:

Take sex, for instance. You may have it for free in the social context, where it is, we’d hope – Warm and emotionally fulfilling.

But there is also another type of sex out there – Market sex – One that is on demand and costs money.

Could you imagine a situation where your loving partner comes home asking for a £100 trick?

Here is another example –

We’ve all been through the dating process. If you’re still at it, you should pay close attention!

A guy takes a girl out to the cinema, and afterwards he takes her to dinner. He settles the bill for both.

They go out again the week after, and he settles the bill again.

Then they go out a third time, he still foots the bill. However, on this third occasion, he is hoping for more – At least a kiss!

His wallet is taking a real hit, but what’s worse is possibly what is going on in his head – He’s having trouble reconciling a social norm (courting) and a market norm (money for sex).

Then things get deeper on the fourth date night when he casually mentions how much this dating adventure is costing him!

You see, at this very moment, he has crossed the line. She stares at him, calls him a miser and storms off!

He mixed a social norm with a market norm. Bringing money into the picture possibly implies that the lady is a tramp!

These dynamics can be seen when we do work that is paid vs unpaid. Imagine you’re asked to do some work for a cause but with two possible outcomes:

Research shows that people are less likely to take up option 2. And even if they do, they’re less likely to put in as much effort compared to where they are doing work for a cause for free (option 1).

Thinking about it, how can a zero reward be better than a £5 per hour reward? The answer is that when money is mentioned, people switch to market norms and compare £5 to what they’d typically expect for their time per hour.

However, when a zero fee is mentioned for a cause, people think in terms of social norms and are willing to volunteer their time.

Now, interesting things happen when we replace money with a gift. Would offering gifts help people remain within social norms?

Dan Ariely and his team performed experiments using chocolates as gifts – Some with price tags and some without.

The conclusion was that no one is offended by a small gift. It helped people remain within social norms, however, market norms get introduced when gifts are given with a price tag attached.

[yellowbar]In fact, for market norms to emerge, it’s sufficient from the mere mention of money (even when no money changes hands).[/yellowbar]

Market norms, as you’ll recall, relate to a broad range of behaviours, which include self-reliance, helping and individualism.

Indeed, just the thought of money makes us behave as most economists expect to – Selfish etc  – and that includes being less like the social animals we are wired to be.

This partly explains why my monetary interaction with my friend was a disaster. Some selfishness crept into the picture and we both put our defences up!

What does this mean for our daily lives? Certainly for those of us still dating, it means that when you go out to a restaurant with your date, don’t mention prices for goodness sake!

If you do, you’ll likely shift your relationship from the social norm to the market norm.

Are there any long-term effects of a switch from a social to a market norm?

To test this, an experiment was conducted at a nursery (daycare) to see whether imposing fines on parents who arrived late to pick up their children was a useful deterrent.

The conclusion was that the fine didn’t work well but instead had long negative effects.

But why was this?

Before the fine was introduced, parents and teachers had a social contract and enjoyed social norms as far as being late was concerned.

Parents who were late were on occasion guilty about it and their guilt compelled them to be earlier next time to pick their kids.

However, when the fine was introduced, the nursery had unknowingly replaced the social norms with market ones.

Now that parents were paying for their inability to stick to time, they instead interpreted it in term of market norms.

In other words, given they were being fined, they now had a choice about whether to be late today or not; and they frequently chose to be late.

This ofcourse was not what the nursery intended.

Now, here is where it got deeper. A few weeks later, the nursery withdrew the fine.

With the nursery back to social norms, would parents’ guilt return for being late? Nope! Their behaviour did not change at all and they continued to be late.

In fact, with the fine being removed, they were late to pick their kids even more.

This reveals that when a social norm collides with a market norm, the social norm goes away for a long time i.e. Our social relationships are rarely easy to reestablish once the romance is off!

This has further implications for our personal lives. Once in a while, you’ll need someone to help you move something or even babysit your kids.

What’s the best way to motivate your friends or neighbours to help? Cash (and how much)? A gift? Or nothing at all?

This is tricky to figure out especially when you have a real risk of pushing your relationship into a market exchange.

Here are some thoughts –

Asking your neighbour to babysit on occasion is fine. However, asking s/he (who happens to be a lawyer) to spend the same amount of time to prepare a business contract for you for free is not!

In summary, keeping your friendships social should be the goal. Outside of this, you risk permanent damage to relationships you've spent years nurturing.

The Importance Of Strong And Positive Friendships

The Power Of Generosity And Why It Pays

What’s been your experience of bringing money into your relationships with friends? Please comment below.